Atlanta Falcons sign Brian Banks but its no charity case 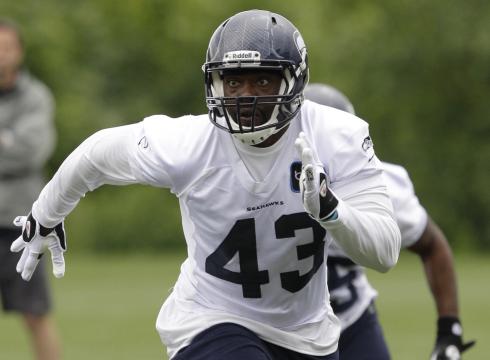 If you haven’t heard about Brian Banks story, he was wrongly convicted of rape and spent five years in prison. He was recruited by USC and Pete Carroll but all of that was halted by the false rape conviction. After being exonerated Banks tried out for the Seahawks last season and eventually played in the UFL for the Las Vegas Locos. Yesterday Banks was signed by the Atlanta Falcons.

While this has all the makings of a hollywood movie (a documentary is in the works) Falcons GM says this is no charity case:

“This isn’t a charity case. This is a great feel good story, but it’s also one we believe he has a chance to come in here and compete,” Dimitroff said Thursday on “NFL AM”.

So what does Banks offer? Dimitroff says the combination of Banks’ obvious drive and overlooked physical skills.

“Combine all his character and all of his drive, work ethic, along with all the training he’s been doing lately,” Dimitroff said before talking about Banks’ on-field prowess. “Think about this. This isn’t just a guy that’s just slopping around. This guy is 6-footb-2, 250 pounds. Runs (the 40-yard dash) in the low 4.8s (seconds). Can get better with that? His functional movement skills were very good. We like how he’s developed.”

It’s not guaranteed that Banks will make the team. But at least he is now given the chance that was taken from him five years ago.

By letting the three veterans go, the Falcons put themselves $15.9 million under the cap, according to the Atlanta Journal-Constitution. Turner saved the team $6.4 million, Abraham $5.75 million and Robinson $3.75 million.

A two-time Pro Bowler, Turner had spent the past five seasons with the Falcons after playing his first four years with the San Diego Chargers. He has rushed for 7,338 yards and 66 TDs in 134 career games.

Acquired by the Falcons from the New York Jets in 2006, the 34-year-old Abraham registered 68 1/2 sacks over seven seasons with the Falcons and has 122 in his career. He collected 10 sacks last season.

Robinson, 30, played three seasons with the Falcons after signing a six-year, $57 million contract in March of 2010. In 47 games with the Falcons, Robinson totaled 214 tackles, four interceptions, 1 1/2 sacks and 24 passes defensed.

It was time to let these high priced players go. Turner was barely getting 3 yards a carry. Abraham was still productive but basically became a situation player. Robinson never really played up to the potential the Falcons hoped for with the money they paid to get him.

Now that the Falcons have some cap money, it will be interesting to see who they target in Free Agency