Saints fans are now holding their collective breath as Victor Butler, who the team was counting on to improve the pass rush for the Saints, went down with a torn ACL suffered in OTAs yesterday. Running back Mark Ingram took a swing pass during a team drill during Tuesday’s practice and collided with Butler near the sideline. Ingram ran free, but Butler remained on the turf for a couple of minutes. Ingram and Saints coach Sean Payton went over to check on Butler while Butler was on the turf. Butler eventually came to his feet, but had both of his arms around the shoulders of trainers as they helped him walk out of the indoor practice facility.

It’s not known, at this time, if Butler will have to undergo surgery, although that’s the normal procedure for an injury of this type.

This is a significant hurdle in the Saints plans for the defense. Now the Saints will have to rely more on Will Smith, Junior Galette, and Martez Wilson to provide the pass rush from the OLB position. This give a great opportunity for Gallette and Wilson to shine with the rotation down from 4 to 3.  Rob Ryan’s job just got a little more difficult.

NFL.com reports the New Orleans Saints have added another name to their quarterback mix, signing veteran Seneca Wallace to a one-year contract, the team announced Monday.

Wallace joins the Saints a week after working out with the Oakland Raiders. Wallace, who also worked out with the Seattle Seahawks, spent the 2012 season out of football after the Cleveland Browns cut him during training camp. He went 1-6 as a starter in two seasons with the Browns.

The Raiders said they had not ruled out signing Wallace, but the Saints eliminated the option.

Wallace, 32, will compete with Luke McCown, who was signed by the Saints last month. If the Saints have their way, neither man will see meaningful regular-season action in 2013.

Wallace will bring some mobility to the Saints QB depth chart. It will be intersting to see McCown and/or Wallace will be on the depth chart come the start of the season

Nola.com reports the New Orleans Saints have signed veteran safety Jim Leonhard to a one year deal announced on twitter:

I got the okay from my agent. New year, new opportunity. We are glad to be joining the New Orleans Saints. twitter.com/jimleonhard/st…

Slow down Saints Fans! This doesn’t mean that Roman Harper will be leaving the team anytime soon.

Leonhard (5-8, 188) spent last season with Denver as mostly a backup. Leonhard was a starter the previous four seasons with the Jets and the Ravens. Leonhard, 30, spent his first three seasons in Buffalo (2005-2007).

Leonhard tallied 18 total tackles, two interceptions and three pass breakups last season with the Broncos. He started only one game last season, but played in all 16 games.

I expect Leonhard to be a situational player as he was last season and contributing on special teams. 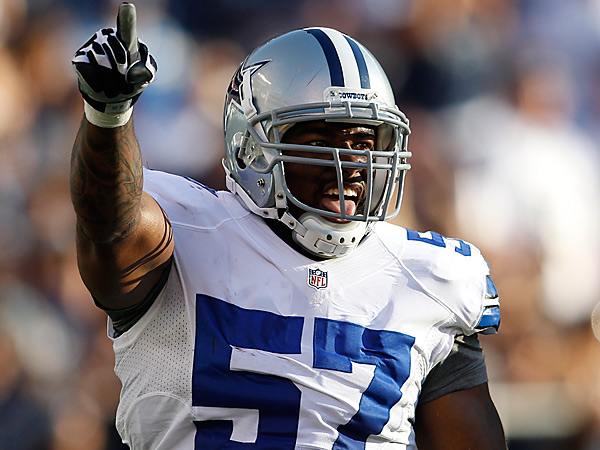 WWL has confirmed that the New Orleans Saints plan to sign outside linebacker Victor Butler.

A league source confirms to WWL’s Kristian Garic the former Cowboys linebacker is set to reunited with Saints Defensive Coordinator Rob Ryan. We’ll have more on the story as it develops

The New Orleans Saints announced today that they have signed unrestricted free agent CB Keenan Lewis to a five-year contract.  The announcement was made by Saints’ Executive Vice President/General Manager Mickey Loomis.

“I’m very excited to be able to come back to my hometown,” Lewis said. “Having grown up here I understand the passion that the fans have for the Saints and I’m blessed to be able to have the chance to play in front of them here in the future. I had a great visit with the Saints and am thankful for the time I spent with the Pittsburgh Steelers and wish them continued success.”

Lewis, 6-1, 208 pounds, is a New Orleans native who prepped at O. Perry Walker High School and broke into the NFL as a third round draft pick (96th overall) in 2009 with the Pittsburgh Steelers where he spent the last four seasons. Lewis played his collegiate football at Oregon State, where he was a four-year starter for the Beavers.

Over the course of his four-year professional career, Lewis has played in 45 career regular season games, making 17 starts, and has registered 112 tackles (95 solo), one interception return for nine yards, 34 passes defensed and one forced fumble. On special teams he has chipped in 13 tackles and one forced fumble.

Lewis moved into the starting lineup for the first time in 2012, opening all 16 contests for the Steelers at left cornerback and posted 78 tackles (63 solo), an NFL-leading 28 passes defensed and one forced fumble for the NFL’s top-ranked defense both overall and against the pass. He set career-highs in both tackles and passes defensed.

Lewis is just the kind of corner back New Orleans needed to stay competetive in the NFC with all the changing of players via free agency. 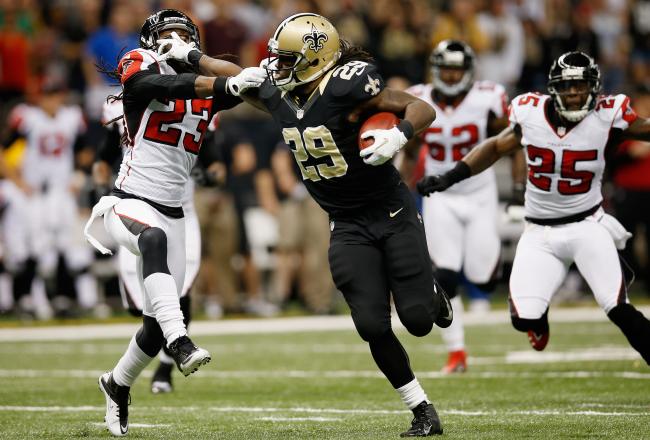 The 6-2, 258-pound Galette, is expected to compete for one of the outside linebacker positions in the Saints’ new 3-4 defensive scheme. In three seasons, Galette has 9 ½ career sacks, including a career high five last season.  He has appeared in 32 games with two starts for the Saints. In three seasons, he’s notched 51 tackles (34 solo), one pass defense, one forced fumble and 12 special teams stops.

Galette will get his opportunity to move himself into a starting position with the new 3-4 scheme. If he maximizes his skills at the position, Galette could be the pass rusher the Saints have been looking for.

Loomis says releasing Thomas on Tuesday was an “extremely difficult decision,” given seven-year veteran’s leadership and versatility, which allowed him to fill in at several spots, including fullback.

The 5-11, 191-pound Patrick was New Orleans’ second third-round draft choice in 2011 and played in 24 games over two seasons with one start. He was credited with 29 tackles on defense and six on special teams.

It was easy to see why the Saints cut Patrick. He just didn’t work out. On the last ranked defense in the league Patrick was picked on whenever he entered the game. His increased playing time did produce better results as he was moved past rookie Corey White and free agent pickup Elbert Mack.

Saints will ask Jonathan Vilma and Will Smith to restructure their contracts.

Adam Schefter reports that  the Saints will ask Jonathan Vilma and Will Smith to restructure their contracts. Both Smith and Vilma are scheduled to count for $14.5 million and $8.6 million, respectively, toward next year’s cap. Both players are near the end of their career so I expect both contracts to be restructured.  We will keep you informed.

Saints will ask LB Jonathan Vilma and DE Will Smith, two players the NFL linked to its bounty scandal, to restructure their contracts.

On Saturday the Saints made it official and hired Rob Ryan as their new Defensive Coordinator. Sean Payton has a habit of hiring DC’s that beat him (Williams, Spagnuolo) in the past. If you remember the thumping the Saints took in 2010, you can see why Payton chose Ryan for the job. Although Romeo Crennel may have been the better choice, he stands to make more money staying at home since the Chiefs still owe him $3.2 million a season for the next two years if he doesn’t coach a play.

I really think Payton did not like his defense being the all time worst in NFL history so making a clean break from Spagnuolo and the 4-3 base defense was needed. If you remember when the Saints were known for being a defensive minded team with the Dome Patrol, it was in the 3-4 defense. While Ryan won’t have to go out and win games with a QB like Drew Brees at the helm, Ryan is expected to create turnovers and get the opposing side’s offense off the field.

It won’t be an easy road for Ryan because not only are the Saints in need of quality players at the cornerback, outside linebacker, defensive end (opposite Cam Jordan) and safety positions, they also have a number of players with inflated salaries on defense that will probably have to be released if they can’t restructure (Will Smith, Jonathan Vilma to name a few) their contracts. In addition to this, the Saints will be without a 2nd round draft pick due to the bounty incident. But don’t fret Saints fans, the Saints do have talent that I think was not used well last year. In order for the Saints defense to rebound from being the worst in history, players like Martez Wilson, Junior Galette,  and Akiem Hicks will have to step it up because they will be getting a lot more reps this season.

It will be interesting to see what the Saints do this offseason because there are a lot of holes to fill and not a lot of money to do it.