Bad day to worst day for Aaron Hernandez. After being arrested  in a police investigation of the homicide of Odin Lloyd, a 27-year-old semipro football player, Hernandez was released by the New England Patriots. The Patriots released this statement.

““A young man was murdered last week and we extend our sympathies to the family and friends who mourn his loss,” the team said in a statement. “Words cannot express the disappointment we feel knowing that one of our players was arrested as a result of this investigation…At this time, we believe this transaction is simply the right thing to do.”

The police will see now how much Hernandez had to do with the death of Odin but for now he is a player with no team.

The Patriots already had questions about their offense but now you have  to wonder what kind of offense the Pats will have now. With Hernandez gone, Gronkowski coming back from multiple surgeries, Danny Amendola first year in the patriots offense, Tom Brady will have a lot of weight on his shoulders to make this offense be as productive as its been in previous seasons.

Vernon Davis to play more WR this year for the 49ers The Press Democrat is reporting that Vernon Davis participated exclusively with the wide receivers, not the tight ends, during the 49ers’ past mini-camp.  With Michael Crabtree injured, splitting Davis out wide for certain situations seems like the best option for the 49ers. Davis is a big target and a matchup nightmare for smaller cornerbacks outside. This will also give more opportunities for Anquan Boldin to be involved as he has been lining up at slot for the 49ers.  Having Davis line up outside on 3rd downs will give Colin Kaepernick a big target to look for to pick up the first down. We’ll see how well this idea works during the season.

Its that time of year when people you expect to be on teams aren’t anymore. Willis McGahee falls into this category. Earlier today the Broncos announced his release via twitter

The #Broncos have released running back Willis McGahee: dbron.co/22h.

Willis McGahee to me on being released by the #Broncos: “I knew it was going to happen. It is what it is. They are going younger.”

As with most veterans in the league, being replaced is inevitable but McGahee still wants to play

Willis McGahee to me on his future in the NFL: “I will keep playing. I don’t feel like I have to go out (cont) tl.gd/n_1rkq6ol

Its still early so I’m sure McGahee will get pick up sometime before the start of the season.

Saints fans are now holding their collective breath as Victor Butler, who the team was counting on to improve the pass rush for the Saints, went down with a torn ACL suffered in OTAs yesterday. Running back Mark Ingram took a swing pass during a team drill during Tuesday’s practice and collided with Butler near the sideline. Ingram ran free, but Butler remained on the turf for a couple of minutes. Ingram and Saints coach Sean Payton went over to check on Butler while Butler was on the turf. Butler eventually came to his feet, but had both of his arms around the shoulders of trainers as they helped him walk out of the indoor practice facility.

It’s not known, at this time, if Butler will have to undergo surgery, although that’s the normal procedure for an injury of this type.

This is a significant hurdle in the Saints plans for the defense. Now the Saints will have to rely more on Will Smith, Junior Galette, and Martez Wilson to provide the pass rush from the OLB position. This give a great opportunity for Gallette and Wilson to shine with the rotation down from 4 to 3.  Rob Ryan’s job just got a little more difficult.

Tim Tebow to the Partiots

Yes you read that correctly. Tim Tebow is now a New England Patriot. Now there’s a couple things to understand here. 1. Tom Brady is clearly not looking over his shoulder (but he might want to make sure his offensive line is upright). 2. I don’t expect too many press conferences from Tebow in New England.  3. This is the best place Tebow could have ended up.

While much has been said about Tebow ability or lack thereof to grasp the Quaterback position, when given the opportunity, he can win games (although you may have to sit through 3 quarters of awful football). Now that Tebow will be under the tutelage of Darth Hood and Josh McDaniels (the coach who drafted him) if Tebow does not improve as a Quarterback, it can be safe to say that he could be better utilized at another position.

Whether you like him or not it will be interesting to see how the Patriots try to use Tebow.

Hov is going hard to establish himself as a serious sports agent. With Victor Cruz already under the umbrella, Jay-Z now has the Jets QB Geno Smith to add to the roster. When asked how Smith feels about joining the agency, he responded:

“I think it’s just his agency. When you talk about being in New York from a standpoint of what they can do in the city, the connections that they have, I think it’s a good move. My mother and my family is comfortable with it, I’m comfortable with it. I’m just going to move on from there, not let it be a big deal, remain humble and keep focusing on football.”

There will be new opportunities for Smith being with Roc Nation but I wonder who is really running the show? Hov is not a certified agent and their first agent is Kim Miale. Miale before joining Roc Nation had only two NFL clients – both are inactive.

The 49ers are a team that many analysts think will be the NFC representative in this season’s Super Bowl. But an injury to one of their top receivers may put a damper on their plans.  Michael Crabtree suffered a complete tear on his right tendon and has undergone surgery confirmed by head coach Jim Harbaugh. But the team is optimistic that Crabtree can return this season. With the advances in modern medicine, Crabtree may be back like Terrell Suggs returned for the Ravens last season. But for now the 49ers fans will have to wait and see. 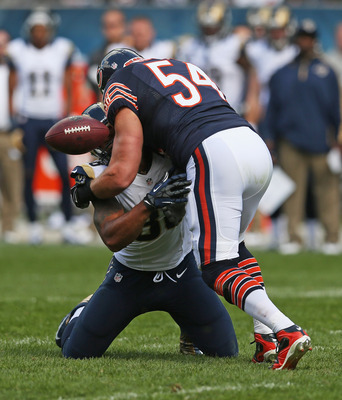 Brian Urlacher is going to hang up the cleats after 13 years in the NFL with the Chicago Bears. Urlacher discussed his decision on the Rich Eisen Podcasts.

“Honestly, I’m just not quite the same player I used to be,” Urlacher said. “If I was the same player that I was three or four years ago, I think I’d still want to play, but I’m not. After I hurt my knee, I just haven’t been able to do the same things I want to do. So, it’s frustrating for me, and I don’t want to do it anymore.”

When asked if he still wanted to play he responded:

You can’t be mad at a player for wanting to play for a coach that’s defensive minded and puts you in position to make plays but contract negotiations were also pretty one sided and was a slap in the face to Urlacher at this point in his career. I also understand the Bears needs at this moment. You have an aging linebacker that can still make plays but not like he used to. Do you pay the money for services rendered or do you use that money to replace him? Well it looks like the Bears made their decision and Urlacher has made his. Either way Urlacher should be a 1st ballot Hall of Famer 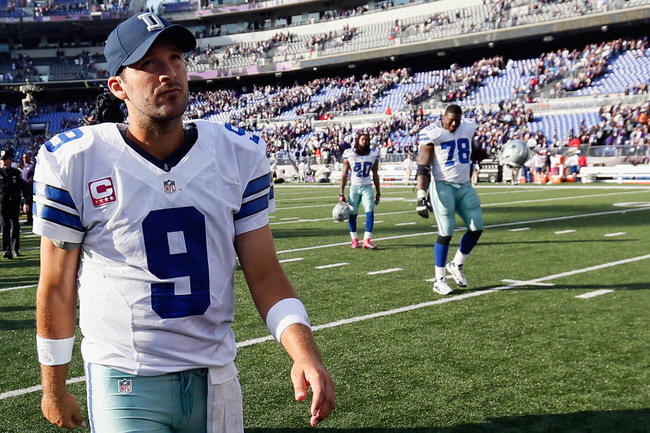 DallasCowboys.com and ESPNDallas first reported Tuesday morning that Romo will miss organized team activities after having surgery to remove a cyst from his back last month.

Romo believes he could be back for minicamp on June 11 and said he definitely will be ready for training camp.

“If this was the regular season and I had to play next week, I could,” Romo told David Moore of The Dallas Morning News. “This is just about being smart. That’s why I did it now. This will have no effect on training camp. No way will it have an impact. And I still think there’s a good chance I’m on the field for minicamp.”‘

I think its a good decision to get this taken care of early than letting it go through the season.  With Romo’s new $108 Million dollar contract extension, he’s going to need to show Jerry Jones he was worth the money he paid to keep hem.

The Chargers are doing what they can to compete again in the AFC West. Over the weekend they picked up veteran pass rusher Dwight Freeney.

According to ESPN Freeney’s contract is for two years and has a base value of $8.75 million. In 2013, he will make $5.75 million, including a $3.25 million signing bonus and $1.5 million in base salary, the sources said. The deal includes an estimated $4.5 million incentive package over the two years.

While Freeney’s production has gone down, the Chargers can use Freeney since their former 1st Round pick Melvin Ingram went down with a season ending knee injury in OTAs  last week.