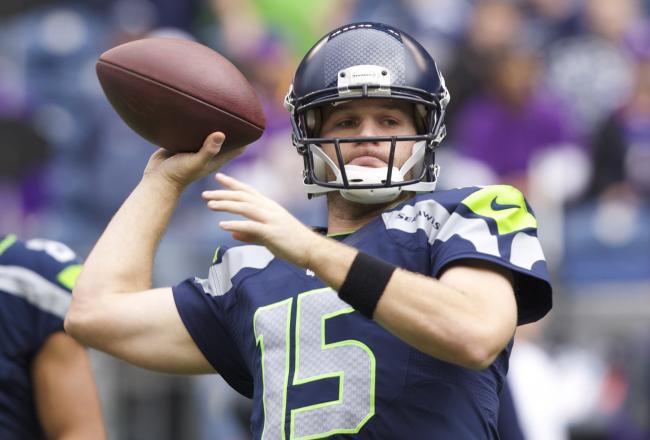 ESPN reports the Oakland Raiders acquired quarterback Matt Flynn from the Seattle Seahawks for two draft picks Monday — a fifth-round pick in the 2014 draft and a conditional pick in 2015.

Both teams announced that the trade had been finalized Monday afternoon.

The Raiders also are trying to finalize a trade that will send Carson Palmer to the Arizona Cardinals for minimal compensation, sources said.

The Seahawks signed the 27-year-old Flynn as a free agent last offseason from Green Bay before drafting Russell Wilson, who won the starting role in the preseason and led the team to a wild-card playoff win against the Washington Redskins. Flynn has made only two career starts and threw only nine passes last season.

Flynn’s contract has him scheduled to make $5.25 million in base salary this season.

I think this was a good move by the Raiders. The Seahawks had no need for Flynn after Russel Wilson’s performance in his rookie season and the Raiders need a QB period.  Flynn’s performance against the Lions got him out of Green Bay and to Seattle but it remains to be seen if Flynn can be a starter in the NFL.

Jay Glazer reports The Seahawks and Vikings have agreed to a trade that would send wide receiver Percy Harvin to Seattle for draft picks pending he passes a physical.

This could make the Seahawks even a bigger contender in the NFC.

Thanks to Black Sports Online for the upload.